In an all new episode of Vogue BFFs, Bollywood superstar Kajol will be seen spending time and hanging out with her mentor and close friend Mickey Contractor. Speaking on the three decade long friendship she shares with Mickey, Kajol said, “It’s been a great experience. Of course being with Mickey is great fun. Hopefully it translates on the show when you see what exactly is this all about.”

The two friends will take a journey down memory lane, highlighting personal and professional incidents that helped strengthen their bond. Kajol shared that her mother only agreed on ‘Bekhudi’ as her debut after learning that Mickey would be doing her hair and make-up. “Maa only gave Rahul uncle the permission for the film saying I know for a fact that Gautam is writing the film and Mickey is doing the hair and make-up and everything else. So I know she is going to be safe” Talking about her signature uni-brow look, Kajol revealed, “Actually Mickey was the one who convinced everybody that I should go with this unibrow”. 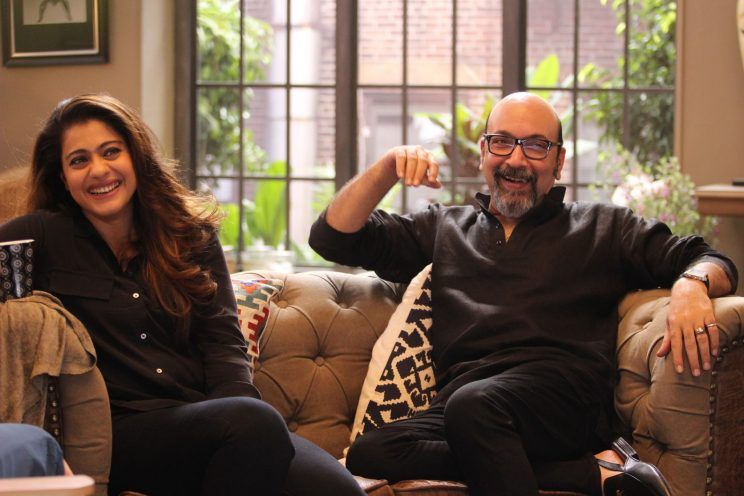 Mickey also shared a few stories of his own. Talking about Kajol’s marriage with Ajay Devgn, he shared, “You know the first time that she told me about him (Ajay Devgn), I was quite shocked. I didn’t know him that well then, maybe I know him a little better now. But just a little bit better. When she told me that she is getting married, I was like Ok, so who are you getting married to? Then she said asked me to guess. So I only asked her if it is somebody within films. She said yes. I asked actor, technician. She said actor. I had gone through a whole list of people. I had never imagined Kajol and Ajay together as a couple before. I mean they had done films. But he is very different from what she is, and I guess that’s where the attraction came in.”

While Kajol is quite proud of her current ‘homemaker’ status, she revealed an interesting fact about her cooking skills. When Kamal asked Kajol if she could cook, Kajol had a very witty reply to her question! She said, “Vaguely. I have every restaurant on my speed dial, I know how to give instructions to my cook! I will not starve, in other words.”

Her talent and personality cannot be limited by her cooking skills!